The 2/24 is an infantry battalion based out of Chicago consisting of approximately 1,000 Marines and sailors. The battalion falls under the 23rd Marine Regiment and the 4th Marine Division.

The training included mainly 2/24 Corpsmen conducting patrols with unit Marines serving as opposing forces. The “contact patrols” gave the medics an opportunity to get in some necessary field training while at the same time practicing their combat medical skills.

“This was an effort to train on prolonged casualty care,” said Medical Officer Navy Lt. Toby Keeney-Bonthrone with the 2/24’s Headquarters and Service Company. “They had to move to the casualty, stabilize him, and then transport him to an exfiltration point over a 24-hour time period while constantly monitoring him.”

The training was conducted in hot weather and overnight in a wooded and hilly training area on North Post. Keeney-Bonthrone said the terrain presented an extra challenge.

“It definitely made it tougher,” he said. “There was the rough terrain and the steep elevation to get to the casualty and then those afternoon temperatures.”

Afternoon temperatures on July 22 hovered around 90 degrees and humidity was also high. Keeney-Bonthrone said they kept on … that is until a major thunderstorm halted all training on post on July 23.

Overall, though, he said everyone did well.

“You have to train like you fight,” Keeney-Bonthrone. “So, the more realism, the better the corpsmen are prepared for combat. We got to constantly reinforce principles of tactical medical care under stressful conditions with a realistic mannequin generously provided by the McCoy Medical Simulation Training Center.

“In addition, we had a team of five Marines with us to act as opposing forces and tactical mentors,” he said. “We gave them free reign on how to attack us and that creative element does wonders for both morale and training value.”

According to the Navy description for a hospital corpsman at https://www.navy.com/careers/hospital-corpsman, a corpsman can “have the most diverse range of work environments available in the Navy.”

“Your job will likely take you all over the world — and far out of your comfort zone. As a Hospital Corpsman, you could be assigned to a Navy medical treatment facility, like an on-base hospital or clinic. You could also work on an aircraft carrier in the middle of the ocean or a submarine in the depths of the sea. Wherever you’re assigned, you’ll work alongside other medical professionals to be trained as a skilled first responder, whether your skills are needed bedside or in the field.”

And Navy hospital corpsman are also assigned to work alongside with and train with Marine Corps units as well. In a story from June 22 at www.marines.mil by Staff Sgt. Timothy Turner with the 2nd Marine Expeditionary Brigade about the 124th Navy hospital corpsman birthday, that relationship is explained well.

“For the last 124 years, Navy Hospital Corpsmen have served alongside Marines and sailors in every clime and place; in the field and in garrison; in training and in conflicts spanning the globe. Navy Corpsmen derive their name from the U.S. Navy’s Hospital Corps. Established on June 17, 1898, the Hospital Corps enabled the Navy to provide formal sailors medical training,” the article states.

“After passing Navy basic training, sailors move on to Hospital Corps School, where they learn things like first aid, emergency medicine, anatomy, hygiene and how to operate medical equipment,” the article states. “Finally, Corpsmen are assigned to Naval hospitals, ships, or air centers. A select few then train to operate alongside the Fleet Marine Force or the ‘Green side.’”

Learn more about the Marine Corps by visiting https://www.marines.mil.

In Photos: Fort McCoy and Volk Field through the years 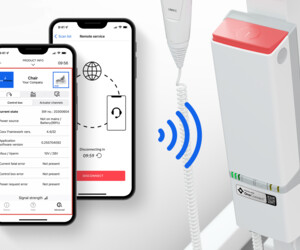 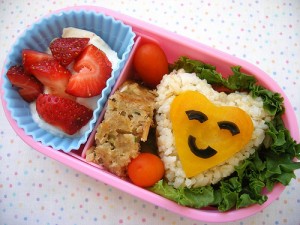 Next Post Quick And Simple Healthy Pasta With Pesto Recipe
We use cookies on our website to give you the most relevant experience by remembering your preferences and repeat visits. By clicking “Accept All”, you consent to the use of ALL the cookies. However, you may visit "Cookie Settings" to provide a controlled consent.
Cookie SettingsAccept All
Manage consent